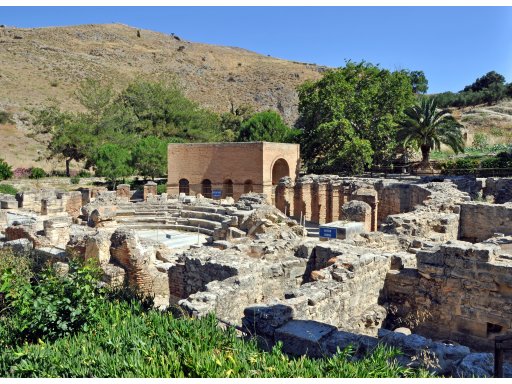 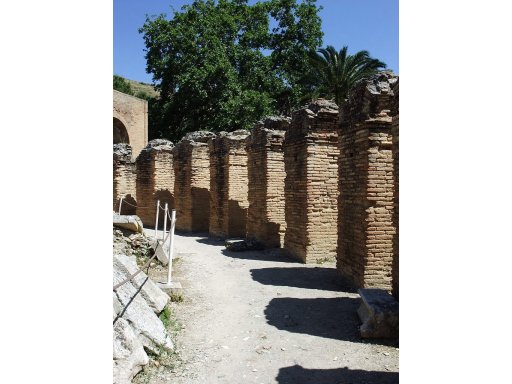 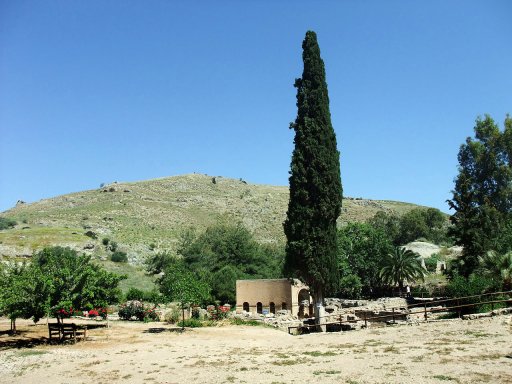 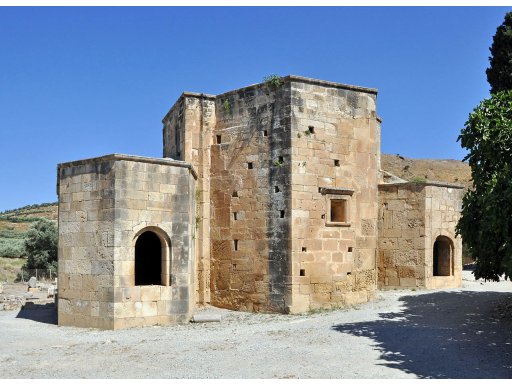 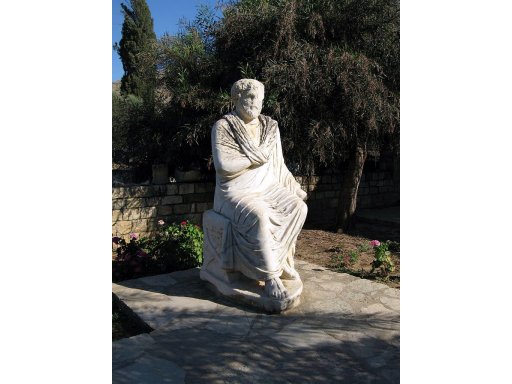 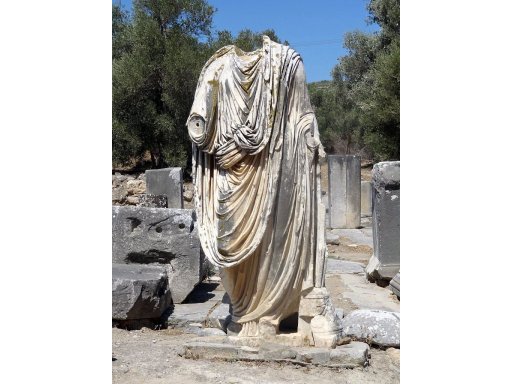 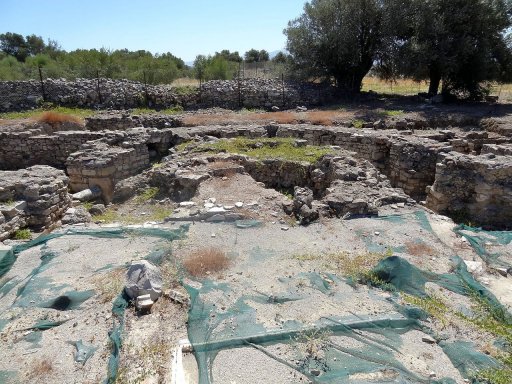 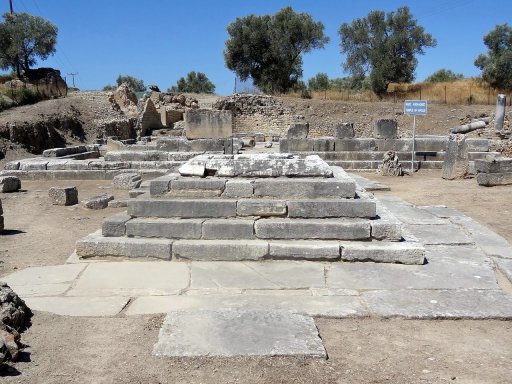 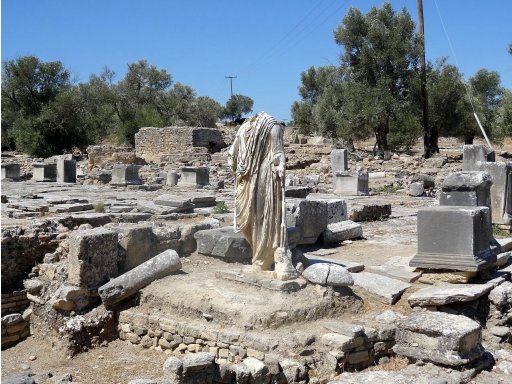 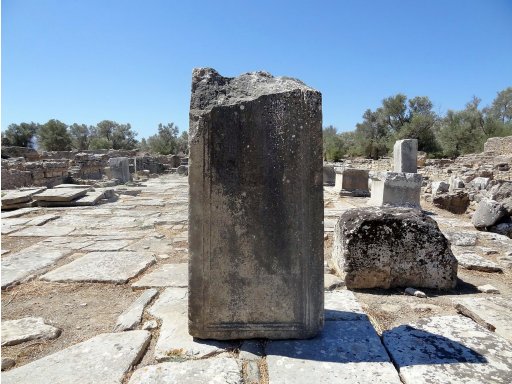 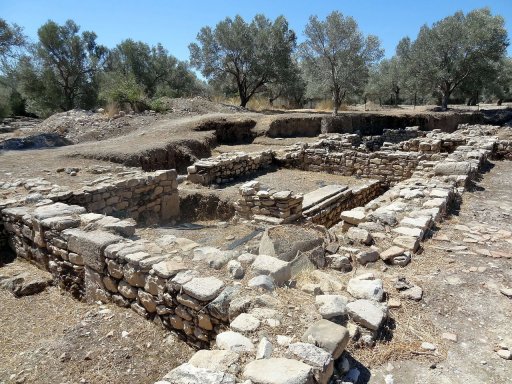 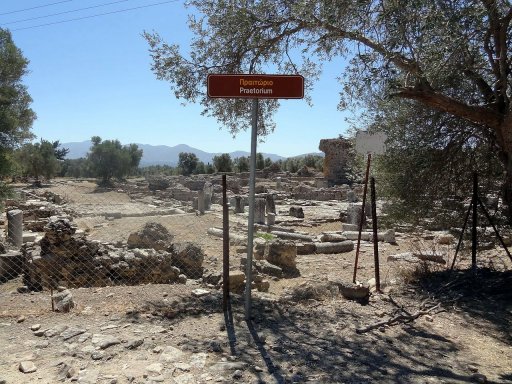 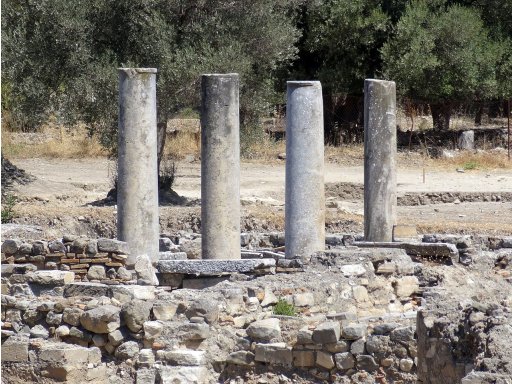 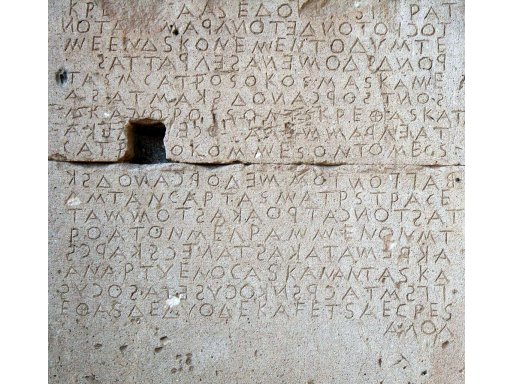 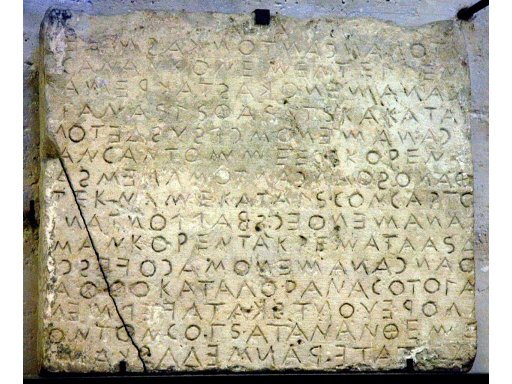 Gortyna Archaeological site is only a 30-35 minutes drive from Agia Galini, if you like to visit significant archaeological sites this is a place you must go, also there is bus trasportation to this site (bus to Heraklion) check the routes here: Agia Galini Bus Routes.

Known as Gortys or Gortyn or Gortyna.
Excavations of Gortyn were begun in 1884 by the Italian School of Archaeology at Athens. The excavations showed that Gortyn was inhabited from the Neolithic age. Ruins of a settlement on the citadel of Gortyn, were discovered and dated back to 1050 BC, their collapse dating to the seventh century BC. Later the area was fortified with a wall. At the top of the hill in the citadel a temple was found dating to the 7th century BC. In this area two embossed plates were found, along with several other sculptures and paintings. Daedalic plastic and many other clay figurines, black and red figure paintings and plenty of pottery, especially the type called kernos, were found in the temple. Graves dating to the geometric age were found on the south side of the citadel. Regarding the lower town, the excavation uncovered the position of the Agora (market) and the temple of Pythian Apollo, which is 600 meters from the Agora. At the foot of Prophet Elias are traces of a sanctuary of Demeter.

Among archaeologists, ancient historians, and classicists Gortyn is known today primarily because of the 1884 discovery of the Gortyn Code which is both the oldest and most complete known example of a code of ancient Greek law.The code was discovered on the site of a structure built by the Roman emperor Trajan, the Odeon, which for the second time, reused stones from an inscription-bearing wall that also had been incorporated into the foundation of an earlier Hellenistic structure. Although portions of the inscriptions have been placed in museums such as the Louvre in Paris, a modern structure at the site of the mostly ruined Odeon now houses many of the stones bearing the famous law code.