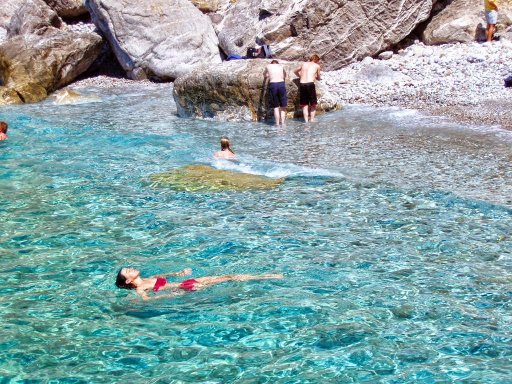 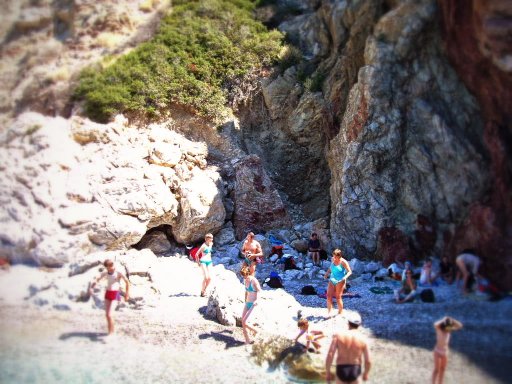 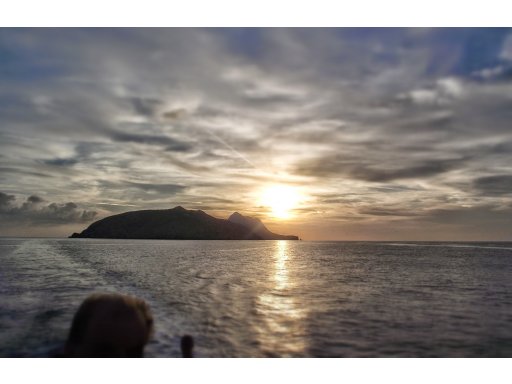 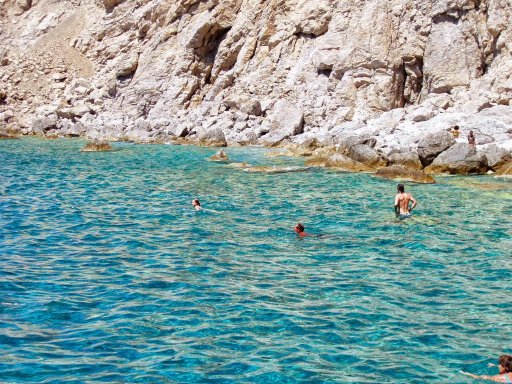 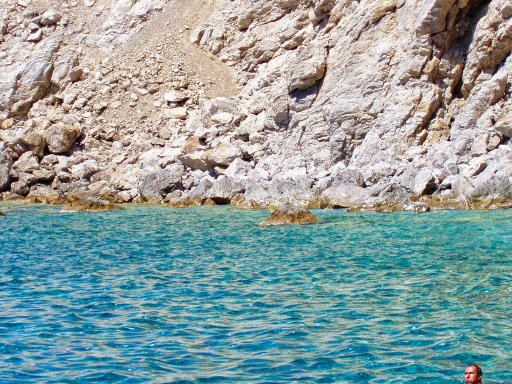 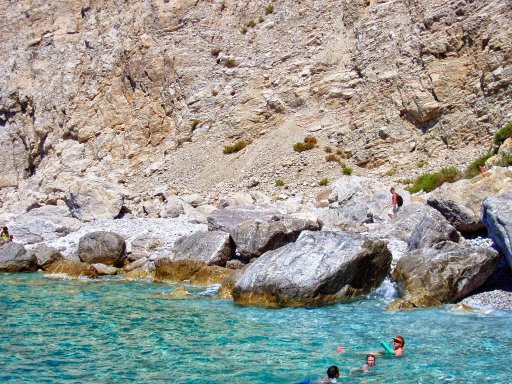 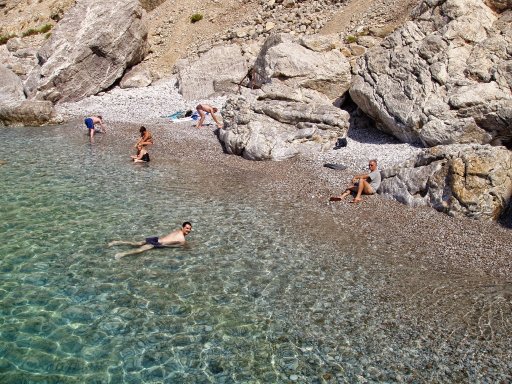 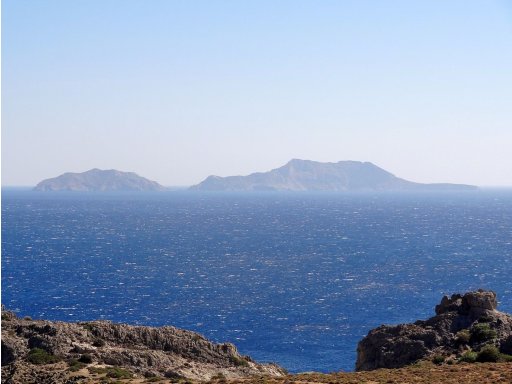 In Cretan mythology it is believed that the goddess Leto gave birth to the god Apollo and the goddess Artemis on these islands.

Paximadia (Greek: Παξιμάδια, "rusks") are two small uninhabited islands in the gulf of Mesara in the Libyan Sea next to the southern coast of Crete located approximately 12 km (7 mi) south of Agia Galini.Due to their close proximity to one another, the two islands appear as one from a distance.

Locals often refer to the islands as Elephantaki because it looks like a baby elephant that is lying down, in the water, with its trunk facing west. The name attributed to the islands today is due to their resembling dry Cretan biscuit known as Paximadi (the plural being Paximadia). In ancient Crete they were also known as Dionysioi after the god Dionysus and also as Letoai after the goddess Leto who was worshipped at Phaistos, where she was also known as Fitii in ancient times.

There are often daily cruises from Agia Galini to Paximadia Island, where you can enjoy the crystal clear waters of the pebble and gravel beach, fishing is also a must there! The trip there is absolutely worth it as you can enjoy the Libyan Sea on your way and if you are lucky maybe you will meet some dolphins :)