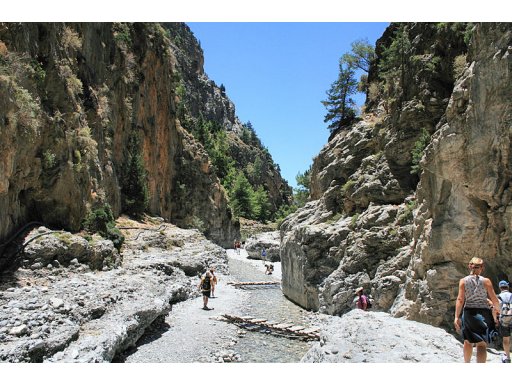 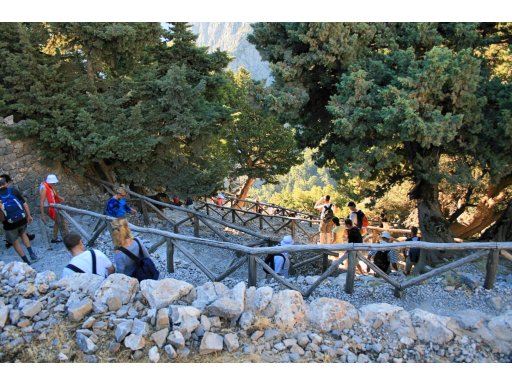 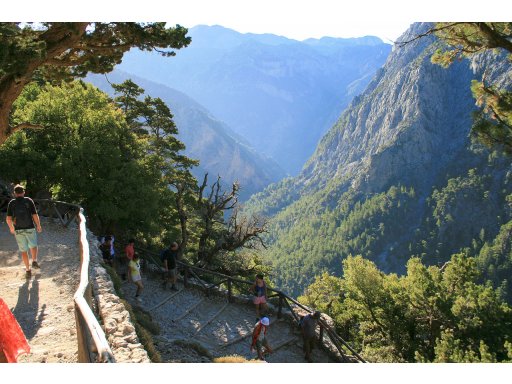 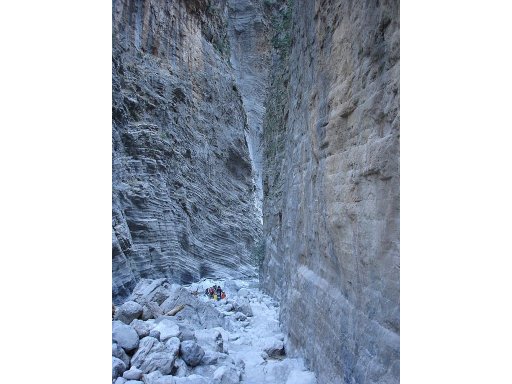 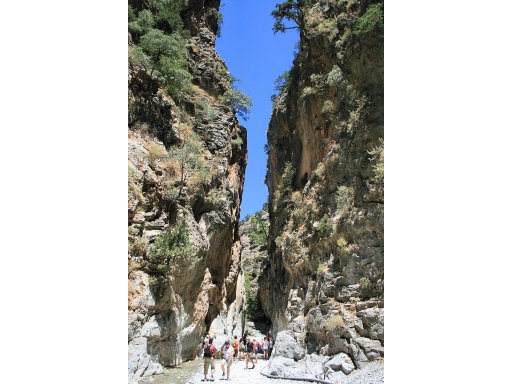 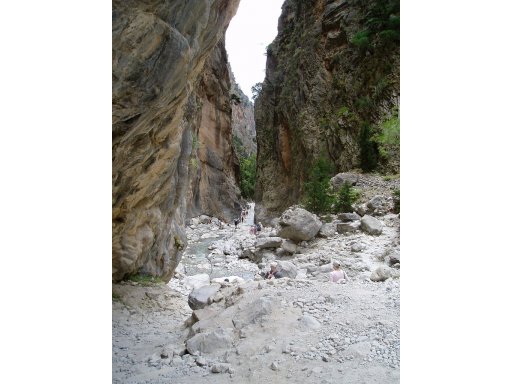 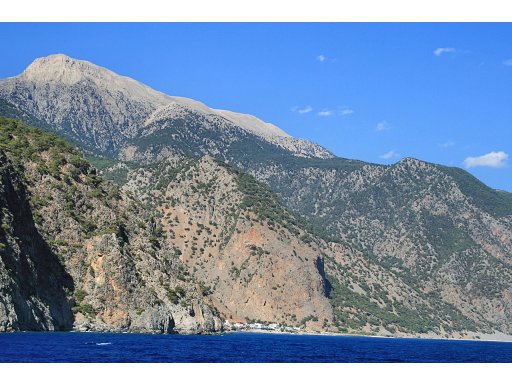 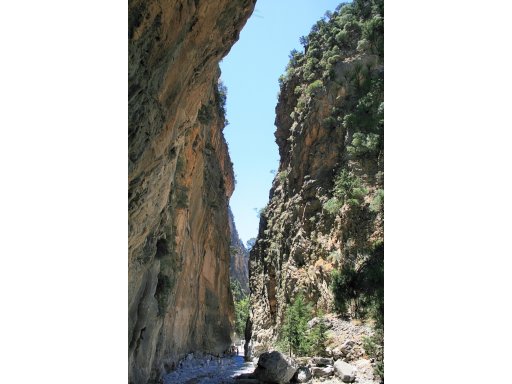 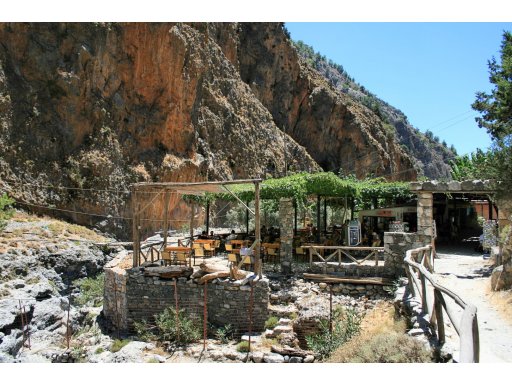 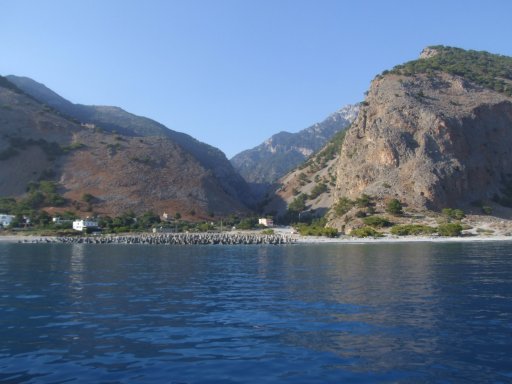 From Agia Galini there are organized bus tours and guided passage two times a week, by car it's a 2:30 hour drive there but it's worth your time to visit and walk this amazing landscape!

The gorge is in southwest Crete in the regional unit of Chania. It was created by a small river running between the White Mountains (Lefká Óri) and Mt. Volakias. There are a number of other gorges in the White Mountains. The gorge is 16 km long, starting at an altitude of 1,250 m at the northern entrance, and ending at the shores of the Libyan Sea in Agia Roumeli. The walk through Samaria National Park is 13 km long, but one has to walk another three kilometers to Agia Roumeli from the park exit, making the hike 16 km long. The most famous part of the gorge is the stretch known as the Gates (or, albeit incorrectly, as "Iron Gates"), where the sides of the gorge close in to a width of only four meters and soar up to a height of almost 300 meters (980 feet). The gorge became a national park in 1962, particularly as a refuge for the rare kri-kri (Cretan goat), which is largely restricted to the park and an island just off the shore of Agia Marina. There are several other endemic species in the gorge and surrounding area, as well as many other species of flowers and birds